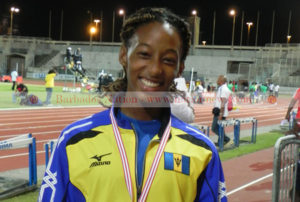 WORLD LEADER SADA WILLIAMS has set a very high goal as she prepares to run for gold at the IAAF World Under-20 Championships in Bydgoszcz, Poland.

Earlier today, Williams qualified for the final of the women’s 200 metres in 23.35 seconds, winning the first of the three semi-final heats. That race is scheduled for 12:20 p.m. tomorrow.

She went according to the game plan indicated at the end of the heats where she said she would like to run a similar time…..