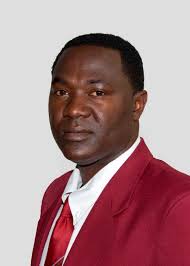 The WICB confirmed the move on Thursday evening but did not announce whether Lloyd, who had been in the role since August 2014, had stepped down of his own choice or been sacked.

Browne, who played 20 Tests and 46 one-day internationals for West Indies, has been on the selection panel for almost six years and has been given a two-year appointment as chairman.

The WICB also announced that from October 1, Lloyd would move to a new role as a “special ambassador”, in which he would be responsible for acting as a spokesperson for the board at special events.

“The time as Chairman was quite rewarding and I am hoping my contribution would have added value to the current system,” Lloyd said. “I made every attempt to serve with distinction and I was pleased to contribute to the game again. I look forward to the new role. The details of that arrangement will be discussed and will be released shortly.”…compliments www.espncricinfo.com